The Zeal of the Lord

The Zeal of the Lord 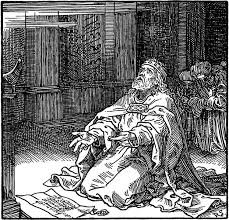 Today’s reading plan includes 2 Kings 18 and 19. These chapters record the story of Sennacherib’s attack on Jerusalem and good King Hezekiah. The story of Sennacherib’s attack and Hezekiah’s deliverance from that attack is one of the central stories of this book. This is clear for a few reasons: 1) the story is given two chapters, which is a lot of space, 2) the story includes an appearance by the prophet Isaiah, one of the few times a writing prophet appears in a historical book, and 3) the story is recorded again in Isaiah 36 and 37

Let’s take a look at some of the elements that of this story that I believe will encourage you when you find yourself in the kind of high-stress, life-or-death situation Hezekiah was in.

Hezekiah could not fix the problem he was facing here. This problem, the siege of Jerusalem by Sennacherib the Assyrian, is far worse than what we modern readers are going to understand at first glance.

The Assyrians were a greater force than the Israelites or anybody in their region had ever faced before; they were a world power whereas the Israelites and all the neighboring countries they had previously fought were merely local tribes.

The Assyrians were crueler than anybody the Israelites had encountered before; the things they did to the people they conquered were terrible beyond imagining.

And the Assyrians had already taken Israel, the northern country, and most of the cities of Judah. Jerusalem was all that was left, one Israelite island in a sea of Assyrians. In fact, archaeologists have found Sennacherib’s annals, in which he boasts that he had Hezekiah trapped “like a bird in a cage”. This wasn’t just bad. It was extremely, unbelievably bad.

Hezekiah responded to this problem with prayer. He did not muster his own troops. He did not appeal to allies. He didn’t look to physical strength, whether his own or others. He went straight to God. He prayed. And he didn’t just pray. He actually prayed with visual aids. He took the letter Sennacherib had written him, a filthy piece of war propaganda that was intended to demoralize him, and laid it before the Lord in the Temple. He was basically showing the letter to God, saying to God, “Hey, look at what this guy is doing.” In my opinion, this is one of the best examples of prayer in Scripture.

But there was another part of this problem, the problem of all the economic destruction the Assyrians had left behind. Isaiah addressed that part of the problem when he gives Hezekiah a sign. The prophet tells the king that he and the people will eat what springs up naturally from the ground for the next two years and will only farm again in the third year.

When harvest time came in that third year, the people must have looked at all their new prosperity and said to themselves, “Look how God has brought us. Look at all we lost three years ago and all God has given us back now.” It took a while, but it finally happened and it was beautiful when it did happen.

Hezekiah’s problem was solved by God. If there is any key line in this story, it is what Isaiah says in 19:31: The zeal of the Lord Almighty will accomplish this. The deliverance (or salvation) of Hezekiah and Jerusalem would not be through any human agency. It would be only by divine God was going to save His people; God and God alone. He wanted to save them. He was strong enough to save them. And He would save them all by Himself.